Sam Massey is a well-regarded UK-based composer/bandleader, trumpeter and educator, hailed as a “fine trumpet player” by John Fordham of the Guardian (Mike Westbrook ‘A Bigger Show’ Review, February 2016) and has had his composition described as “absolutely breathtakingly stunning” by Matt Tantock of BBC Introducing. 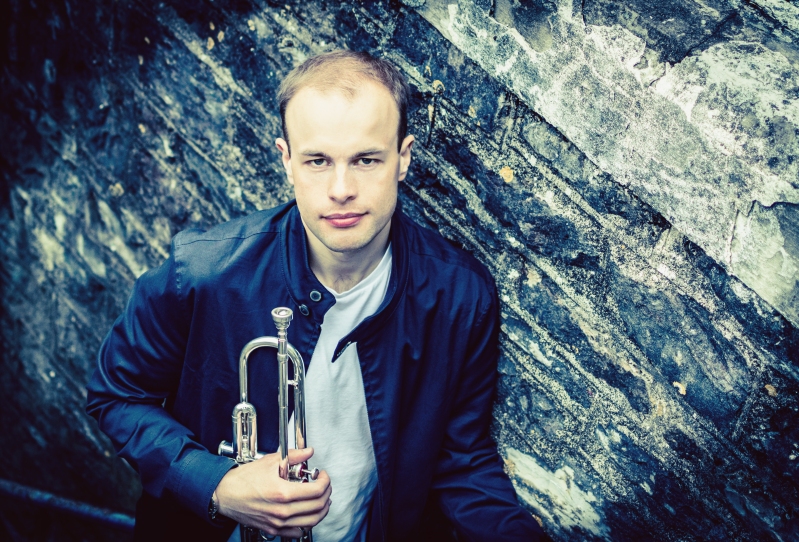 He has worked alongside top-class musicians from across the UK in a wide variety of genres, including:

As a freelance composer, arranger and performer, he and his music has been broadcast on numerous BBC, Absolute Radio, Jazz FM and RAI Radio 3 (Italy) programmes and is found on critically acclaimed albums and tours by artists as diverse as PP Arnold, Ocean Colour Scene, Mike Westbrook, and The Simmertones.

Working with ensembles and artists across the UK & Europe, Sam has performed to sell-out crowds at venues such as:

His composition, arrangement and harmony tutors include Callum Au, Nigel Wood, Dr Glyn Jenkins and Philip Harper and is showcasing his arrangement and composition skills in new six-piece classical crossover wind ensemble ‘Superlocrian’, as well as his Ensemble.

As a jazz artist, Sam is a regular member of Mike Westbrook’s “Uncommon Orchestra”, releasing their debut album ‘A Bigger Show Live’ produced by Jon Hiseman to critical acclaim in 2016, and has since featured at top jazz venues across the country. His own jazz projects include a 7-piece Ensemble featuring his own compositions and arrangements, as well as a highly renowned quartet and quintet. Sam’s jazz projects have featured at venues including Teignmouth Jazz Festival, The Bebop Club and The Future Inn, Bristol.

Sam has studied trumpet with Dean Wright (Professor of Trumpet at Royal Welsh College of Music and Drama) and Brian Rance and jazz trumpet with Nick Malcolm. In addition, he has attended masterclasses with internationally acclaimed Alison Balsom, Eric Vloiemans, Crispian Steele-Perkins and Steve Waterman.

Sam has a passion for teaching and education projects are a key part of his musical life.

He is an experienced brass tutor, teaching both individually and at group level in a number of educational institutions.

Check out the Media page for some video and audio examples of the above!

Sam has a lot of people to thank for their part in his music education, some of which will be listed below, but a thank you goes out to everyone who has given their help and support over the years, especially: